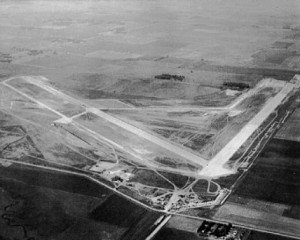 In 1927, the Mason City Chamber of Commerce and the Clausen-Worden Post-American Legion established Mason City’s first airport, located on the southwest corner of Taft Avenue and Highway 18. Charles Lindbergh, the first aviator to fly solo across the Atlantic Ocean, attended the dedication of the new airport on August 28, 1927. On February 2, 1942, the City of Mason City passed a resolution to create a new airport, and purchased 312 acres several miles west of the city. The new Mason City Municipal Airport saw its first official landing a few years later, on March 29, 1945. The airport consisted of two paved runways, associated taxiways, and a small ramp area. A remodeled farmhouse was used as the first commercial terminal during the airport dedication on June 22, 1946. 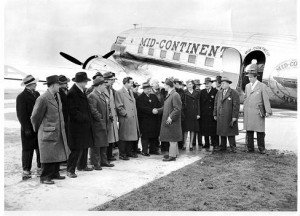 During the fifties, Mason City saw commercial airline service from several airline companies, and the Airport Restaurant was built onto the terminal to serve their customers. The 1960’s saw extensive growth at the airport, as the primary runway was extended to its current length of 6,501 feet, and the farmhouse was replaced with the current terminal facility. The airport now occupies over 1,100 acres, consists of two runways, and has a precision instrument landing approach to allow aircraft to land even in inclement weather. 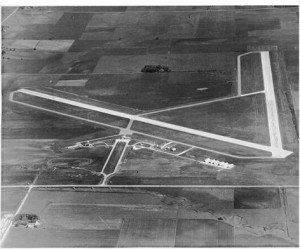